UK-EU relations: past, present and future 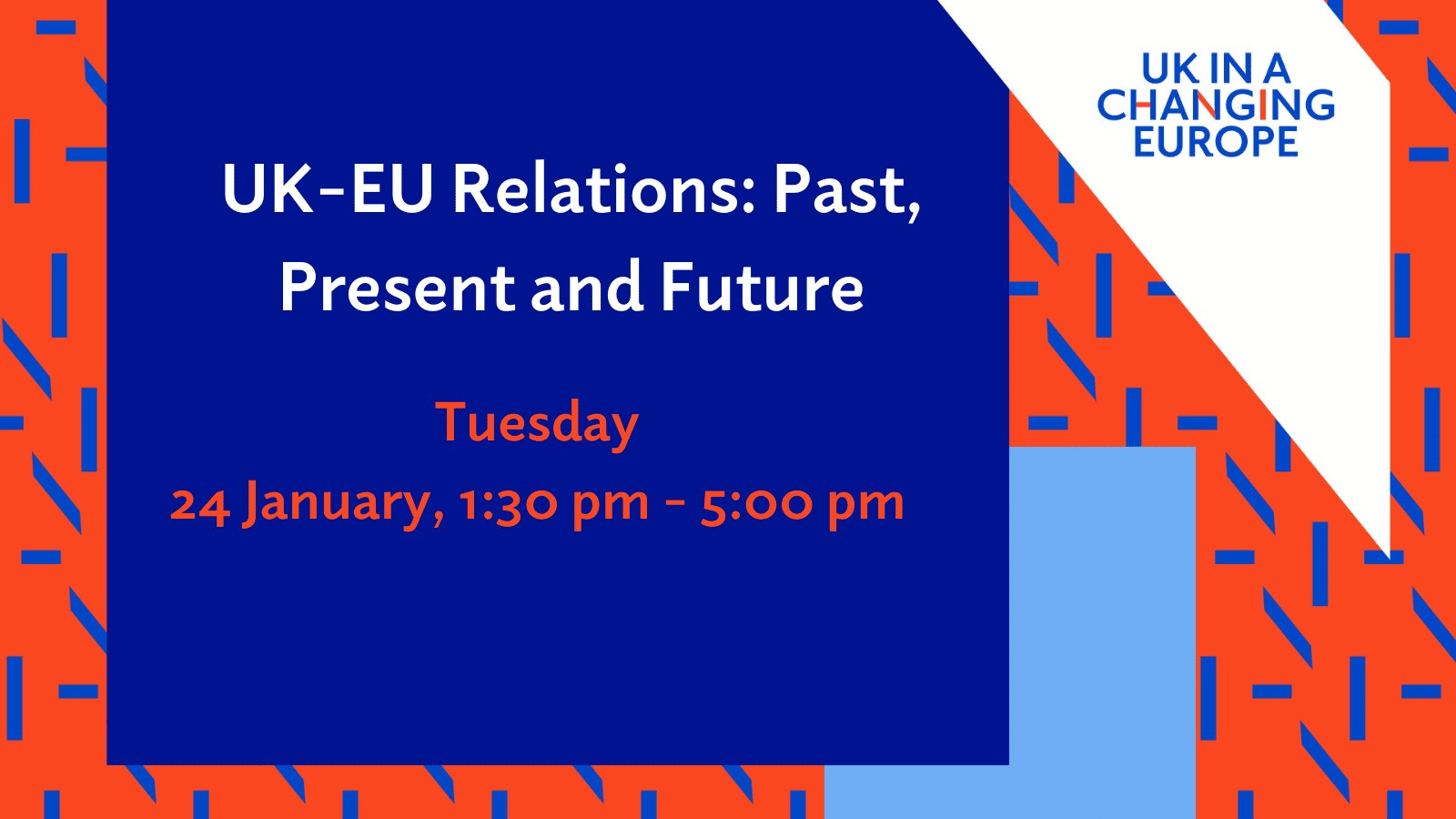 Marking three years since the UK’s withdrawal from the European Union, and 50 years since its accession to the European Economic Community, UK in a Changing Europe will bring together leading authorities to discuss the UK/EU relationship. Panellists include former EU Commissioners, journalists, academics, and politicians.

The event will also mark the launch of our major new report on the potential future development of the UK-EU relationship.

Speakers include: Catherine Barnard, Professor of EU law and Employment Law at Cambridge University, and Senior Fellow at UK in a Changing Europe

Anand Menon, Professor of European Politics and Foreign Affairs and Director of UK in a Changing Europe

Sophie Stowers, Researcher at UK in a Changing Europe, co-author of the UKICE report

There may be errors in this calendar, the system is not automated and thus we do not always receive the most up to date information. We can not accept any liability for these errors. Please inform us if you have spotted an error so we can fix it to the best of our abilities.